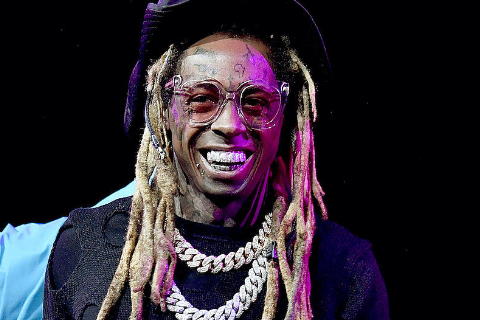 What?!
What?!!
Look-
Okay, let's cut the crap
I'm straight gangsta - forget the rap
I only stick with that 'cause my ma don't wan' see me flip the crack
And I'm quick to click and spit the gat
I be dipped in black
Sip the Coke mixed with Jack - Calico, clip to match
Like: where them cats who trippin' at? - Point niggas out
'cause right now I'm full of that spinach that'll knock Lennox out
The Mack-10 is out, as well as the gauge and the pump
You turn the page on the newspaper, see my face in the front
I lock it down for all my niggas that still caged in the dump
So if I come, nigga, just save me a blade and a pump
I'm raised in the slum where the bad grow
Unlike no other, I'm real (??) like bag 'Bauds
I stash O's in the drawers of my trash hoes
I flash dough at the laws when they pass slow
I mash low in a stolen hot RAV-4
The Macks blow bullet holes for my cash flow
Is that so?

[Hook]
[Lil Wayne]
I don't think you realize what's happenin', dog
That lil' boy's 'bout to come 'round here blastin' at y'all
If you don't get the hell when he swervin' by
That's your issue - God bless ya - you deserve to die

[Lil Wayne]
Look,
Which one of these niggas playin' with me?
I'ma strap up and slam his parent's street
When I blast, bullets spit faster than MC Hammer beats
I be damned if he get a chance to sleep
I clamp the magazine in my gun and cut his family tree
I flash the piece at your lil' woman and make her dance for me
Then jam the freak with a broom - blood leak from her panty crease
There has to be some explanation for this insanity
Yeah, y'all niggas faker than that boy (fill in the blank)
Now give me the dank
Niggas claim they want war when I suggest you live in a tank
What's your kid gonna think?
Come home and find your wig in the sink
I dig in the bank, and pull out eighty, then cruise to Haiti
For fifty G's I get ten ki's and straight out weight it

[Hook]
[Lil Wayne]
I don't think you realize what's happenin', dog
That lil' boy's 'bout to come 'round here blastin' at y'all
And if you don't get the hell when he swervin' by
That's your issue - God bless ya - you deserve to die

[Lil Wayne]
I hope y'all niggas understand that I ain't playin' or jokin'
Bust shots, make you think the Grand Canyon open
Leave a busta bandana smokin' from hot hollows
Me and my niggas flip your coke, then cop hot hoes
Two pistols, desperado gun busta
Pump one under your chest and knock a lung from ya
Hung under them killers and duck the pigs
And all of our diamonds shine, and our trucks are big
And, nigga, I don't really care if I don't sell a million quick
'cause right now I'll quit and go and sell a million bricks
I sticks to what I love, and that's the street
And stay away from what I hate, and that's police
And I keep a trigga somewhere on me to start blowin'
And leave a nigga somewhere lonely with his heart showin'
When we all knowin' that Wheezy have never been fake
The metal will spray and let the bullets tear up your face
Who is Wheezy, nigga?
Who is Wheezy, nigga?
Wheezy, nigga
Lil Wheezy, nigga

[Hook-2x]
[Lil Wayne]
Say, I don't think you realize what's happenin', dog
That lil' boy's 'bout to come 'round here blastin' at y'all

[Lil Wayne (talking)]
It's Wheezy, nigga - Lil Wheezy, nigga
Don't tangle it, nigga
It's time to step down, ya heards me